I am Curtis Stokes, I am creative, I am a creator, and I am in awe of all of life’s creations! I started drawing at age 4, and I swear it was around that time that I started questioning the universe, how it was created, and how it all worked. 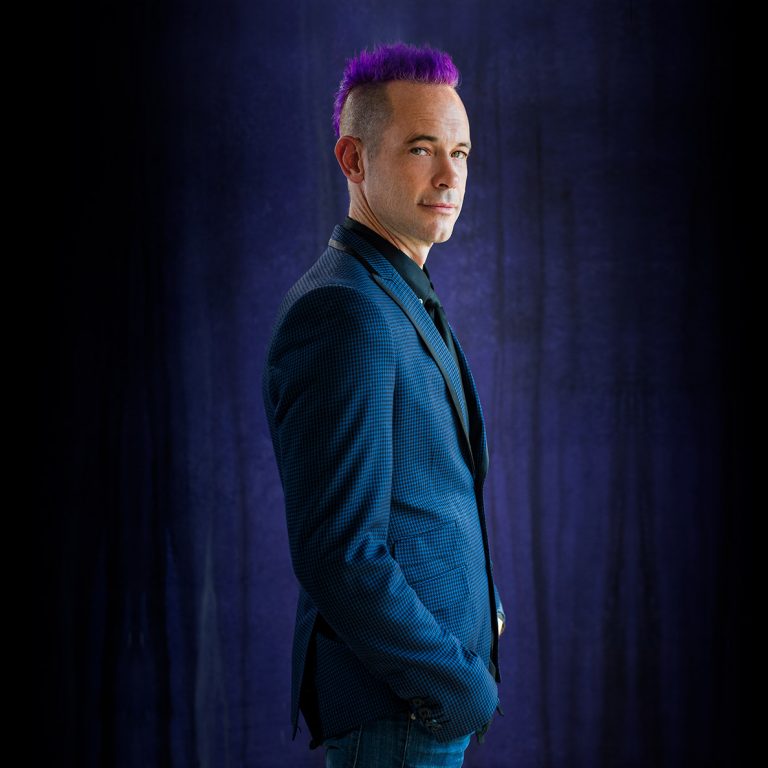 I was inquisitive at an early age and obsessed with learning. So I viewed everything from an analytical perspective, right down to the details. I now see a painting for each individual brush stroke, I appreciate music for a single tone or sound, and I now find beauty in the tiniest of places. Always on a journey to find inner peace, calm, and serenity, that underlying theme or mood developed and showed through in most of my work.

And because I was always asking questions, eventually I questioned myself. Why do I do what I do? Psychology became another mini obsession of mine, and writing became a tool of the trade around age 19. Writing daily, I’ve written thousands of pages over the years. In those pages I have breached topics such as light and dark, yen and Yang, and the duality of life and nature. Everything changes based on perspective. And as my thinking changed, so did my art.

Exploring light and dark, I began to paint with light, in the dark. As I pondered duality I began painting dual images. I explored those topics with techniques, as I wrote my thoughts and feelings in those thousands of pages. Those thousands of pages have been kept inside numerous books, and stored on shelves, untouched, until now. I now intend on Sharing with you all of my hopes and dreams, rants and raves, and successes and failures. I will translate those journal pages into art on canvas or into a blog for you to read. I will do this in hopes of connecting with you.

As I continue to ask questions, as I continue to search for answers, and as I continue to learn, it is my hope to help you through advice, through example, or even through learning from my failures. It is my hope to inspire creativity, to share love, and to grow together as a tribe. And if we are lucky enough to work together, I will do everything in my power to bring to you that inspiration, that beauty in that sense of calm and peace. It is my goal to give you a piece that will leave you feeling as much love and passion as I had in creating it.

Curtis Stokes painted two murals in our home. One in the dining room that looks so much like an exit to a beautiful garden path that we have to stop guests from walking into it. It is truly a work of art. The other one is a three-dimensional mural built into a wall with lighting that changes from day to night. The night scene becomes illuminated with a black light on iridescent paint giving the effect of lighted windows and stars in the sky. I sincerely recommend Curtis for any artwork. His murals are magnificent and his work ethics are the best.
Howard SuerVan Nuys, CA
Vibrant color or sublime, artist Curtis Stokes’ murals are a testament to his talent and vision. He masters his artistic strokes with attention to detail and color. Beginning with thoughtful process of his subject, he produces a work of art that engages and pleases every time. Homes like ours will be appreciated for Stokes’ masterful work of art. A pleasure to work with, Curtis does not disappoint.
Esther and Gerald SimmonsVentura, CA
Through his work, Curtis combines his unique vision, talent and skills into a rainbow of imaginative artwork for All the World to enjoy. Check out Ink Kandy Tattoo Studio in Hollywood, CA, to see for yourself. Be amazed.
Aaron PamInk Kandy Tattoo Studio
Hollywood, CA
The expression of the work of Curtis Stokes is breathtaking! It works is not only amazing adornment but a conversation piece that lasts a lifetime!
Norwood YoungEntertainer / King of Hancock Park
Curtis Stokes has designed two business retail locations for me. His unique style and attention to detail brought an ambiance and experience to my locations that I would not otherwise have. Our customers compliment his art daily and inquire more information for their own projects. He takes pride in his work, a pleasure to work with and a rare talent.
Maria BothamHairFairies.com
Curtis has added a huge flavor to our business. He worked on schedule and created exactly what we were looking for. We used him in three different projects here at Boulderdash Indoor Rock Climbing. I look forward to working with him again in our next studio.
Boulderdash Rock ClimbingVentura, CA

Passionate about art since age four, Curtis has made it his mission to continuously acquire new skills and hone existing ones. Starting his mural business while still in high school, he now has over 25 years of experience, and during this time, has built a large arsenal of styles and techniques. From cartoonish to realistic, from complex to simplistic, from hand painting to airbrushing, stenciling to faux painting, dual image or invisible, he will use whatever application is best to arrive at that specific desired effect. His attention to detail shows, not only through his artwork, but in the story behind it. Historical, geographical, and spiritual accuracy is important, so extensive research is put into every project. And every project Curtis takes on is a process of emotion, energy, and enthusiasm.

Hours, days, and sometimes weeks, are spent planning and working closely with his clients until the mural begins to form in his mind, so that long before the first brushstrokes touch plaster, Curtis has envisioned the client’s dream and can confidently ensure that their creative ideas, no matter how bold, will magically be brought to life. Skilled in photography, graphic design, and vector art, he incorporates these modern digital mediums into the planning process to ensure that the final product develops seamlessly. Then, the mural comes to life as he applies any or all of his artistic techniques.

Although every piece is unique, and may be painted in a completely different style, you will recognize the feeling. Whether he’s transported you to a distant galaxy, a cloud kissed sky scape, or to the depths of the deep blue sea, you are surrounded by serenity. A calm washes over you as if you’re submerged into the crisp cool ocean, floating through the depths of the cosmos, or lounging in an open field, gazing at the clouds, on the laziest of days. Meditation is part of Curtis’ daily routine, and it often shows through in the new ambiance created in your space.

Artwork on a small canvas can summons an emotion, while mural work filling the room, will change the ambience and entire atmosphere. Imagine what effect that this larger than life artwork would have on the feeling of an entire venue, a club, or an arena. Decor for themed parties, events, and nightclubs quickly became one of the avenues of Curtis’ artistic expressions. Purchase your ticket, walk through the doors, and be magically transported to a mystical forest, where nymphs and satyrs exist, while they dance with the to a deep tribal techno beat. Or stumble out rum drunk, shipwrecked with the pirates and wenches of Paradise Bay. Whether it’s your private event, the Playboy Mansion, a rave on the beach, or even at Club Hakkasan, Encore, The Hard Rock Hotel, or the Wynn in Las Vegas, Curtis can harness that energy and create the vibe that you need, for your guests to lose themselves in, and dance the night away.

Hollywood has also taken notice of his expertise. Curtis and his artwork have been featured on numerous television shows, from MTV reality shows, to multiple home makeover shows including seven episodes, one Emmy nominated episode, of ABC’s Extreme Makeover: Home Edition. Playboy mogul Hugh Hefner commissioned Curtis to paint a cloud covered ceiling, in the bedroom of one of his playmates, but didn’t stop there, he also hired Curtis over the course of many years for many different personal events, including the famous Midsummer night’s Dream parties. Other clients include Miley Cyrus, Paris Hilton, Steven Spielberg, Barry Bonds, and Henry Winkler, to name a few.

Being fascinated by space, science, and technology, coming from a rave and club background, and being an enthusiast of the night, Curtis naturally drifted toward the black light early on. Curtis’ black light murals and UV artwork are his most awe inspiring creations, and these breathtaking pieces can transform your walls or desired space into entirely new worlds. Through a process that he has personally tested and developed, he can transform rooms from day to night with the simple flip of a switch. That cloud covered ceiling could be just that during the day, and by utilizing a combination of acrylic paint, UV reactive paint, and invisible black light paint, an entire universe can be revealed at night, but only in the dark, and only under black light. Watch a featureless Buddha come alive with detail and emanate light while chakras appear, by a literal change in wavelength, a vibrational frequency.